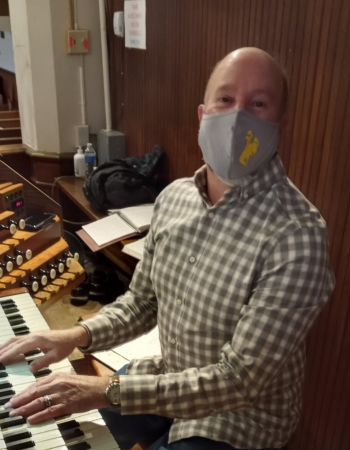 Dana graduated from Bethany College in Lindsborg, Kansas with a BA in Biology. He took lessons on an eighty rank Reuter pipe organ. While in college he played for 2 Lutheran churches. One was in Falun, KS and the other was in Salemsborg, KS. After graduating from Bethany, he became the organist/pianist for Holy Shepherd Lutheran Church following in his mother’s footsteps as she was the original organist. He recently completed 37 1/2 years as their organist. He also has worked in the interior landscaping industry for the past 37 1/2 years. Upon relocating to Cheyenne to be closer to family, he is fortunate to be the organist at St. Mark’s Episcopal. Dana has been married to his wife Lisa for 35 years. They have one daughter Clarissa and son-in-law Luke who also reside in Cheyenne.